ALL DETAILS: Khloe Kardashian Is Listing Her Calabasas Home for $18.95 Million

Khloe Kardashian is preparing to list her huge California estate for $18.95 million.

The 9,320-square-foot home includes six bedrooms and seven bathrooms, according to property records. Kardashian paid $7.2 million for the property in 2014. She reportedly bought it from Justin Bieber after she divorced Lamar Odom.

Khloe hasn’t officially offered the home up for grabs just yet, but the Kardashian family’s favorite real estate agent, Tomer Fridman, gave a few hints about the approximately 10,000-square-foot property on an episode of Real Talk on IGTV. 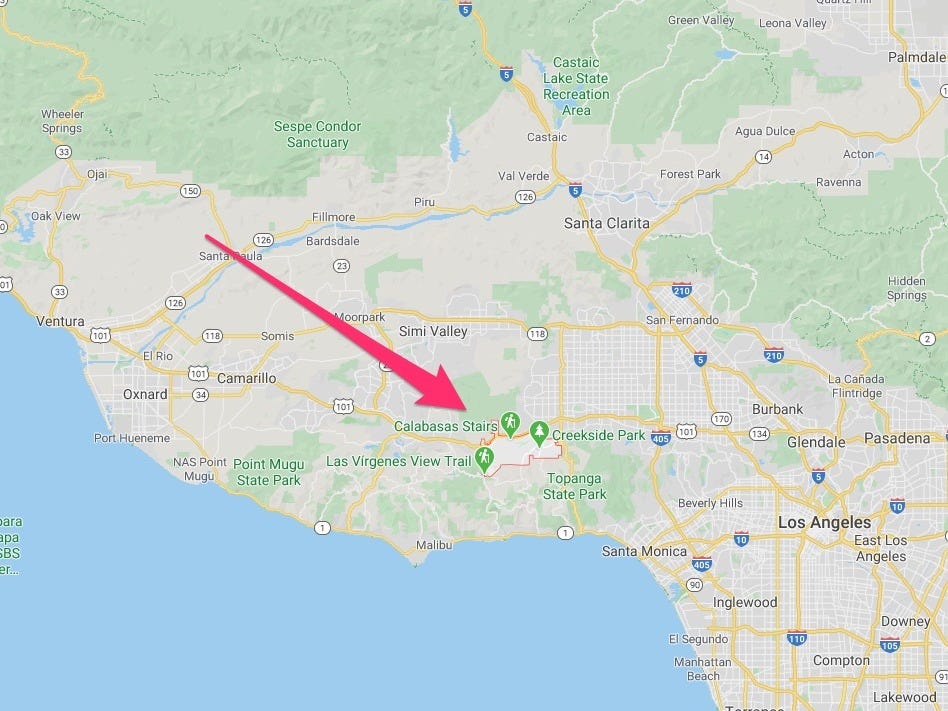 The area has long been known as a hotspot for celebrities seeking a more suburban home base.

To get to the house, visitors have to go through both The Oaks community’s guarded gate and the home’s own gate. “I mean, unless you’re in a helicopter, you’re not seeing into this house ever,” Fridman said while discussing Kardashian’s listing during The SOCIETY Group’s IGTV show Real Talk.

Fridman said he couldn’t mention the seller by name, but that he has a new listing of a house that was initially owned by the “ex-wife of an über celebrity,” which would be Eddie Murphy’s ex-wife, Nicole. Fridman then said it sold to a “very young pop star, who is very famous,” which is none other than Justin Bieber. Fridman refrained from mentioning anything about Bieber’s egg-throwing exploits while living in the neighborhood, though.

Tomer did, however, note that it then sold to one of his “favorite, favorite, favorite clients,” and that the house was featured on the cover of Architectural Digest with his client and her sister. As if this wasn’t obvious enough, Khloe and Kourtney Kardashian appeared on the cover of AD in March 2016, showing off both of their Calabasas residences.

The eight-bedroom, seven-bathroom home features a tented living room with a Levantine mirror, and outside, there’s a patio with swinging daybeds. The impeccable white eat-in kitchen is fitted with a center island and marble countertops, with an incredibly organized pantry, as viewers of Khloe’s Instagram are well aware.

The 1.56-acre property is located within the celeb-filled, gated Oaks of Calabasas enclave, and quite a few Kardashian-Jenner family members own homes nearby, including Kourtney, Kris, Kim and Kylie. At the moment, Khloe is quarantining with her ex, Tristan Thompson, and their daughter in this home amid the coronavirus pandemic.

According to E! News, Khloe already knows where she’s going next. She’s “moving into a bigger home,” though it’s not clear where, exactly her new residence is located. It seems likely it’s nearby, though—the Kardashians really love Calabasas.

The home’s outdoor area features a pool and multiple areas for outdoor dining.

The couches are covered by a pergola.

The main house and the guest house are separated by expertly manicured lawns.

The estate is one of only 16 that sits directly on the Canyon’s ridge line.

The home’s backyard has a playhouse perfect for young children

The house features a garden filled by knockout roses.